Booklet for the first exhibition of the Tallinn-based Louis Kahn research group in New York. The dominant feature of the exhibition is Kahn last commissioned work – the monument to the 32nd president of the US, Franklin D. Roosevelt, located on Roosevelt Island in the East River, just off Manhattan. The monument is visible from the windows of the United Nations building. Kahn produced his design in 1974, and the memorial, called Four Freedoms Park, was only built in 2012. 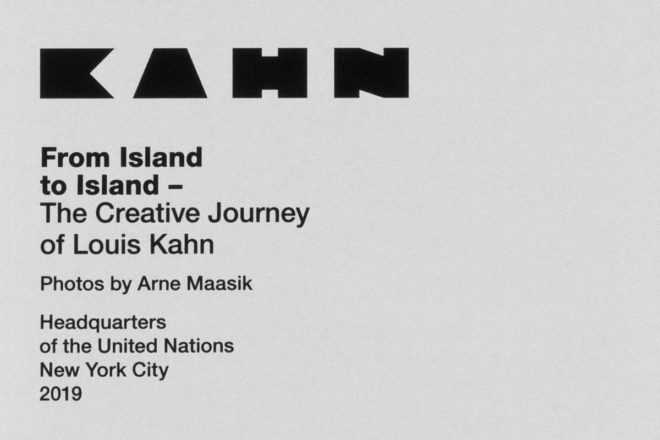