The Four Freedoms Park by Louis Kahn celebrates the memory of Franklin D. Roosevelt (1882-1945), the 32nd President of the United States. The larger-than-life bust of the president is an enlarged version of the life-sized clay bust created by sculptor Jo Davidson in 1933.

In the Four Freedoms Park, special attention has even been paid to the invisible aspects. For example, each granite paving stone is a 4-inch cube. 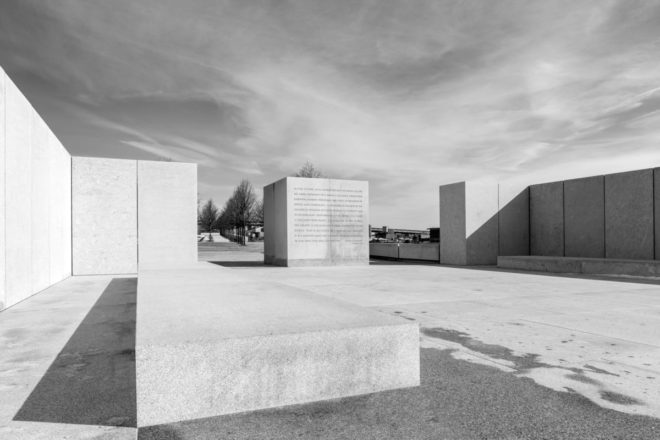 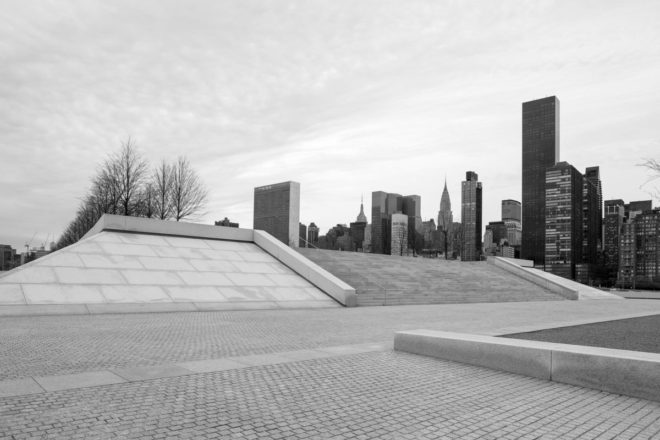 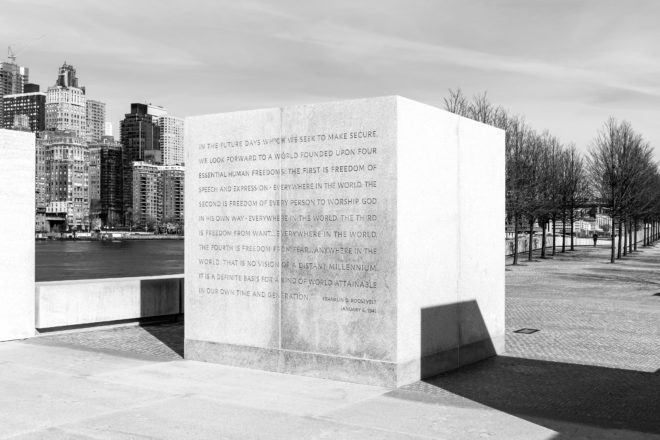 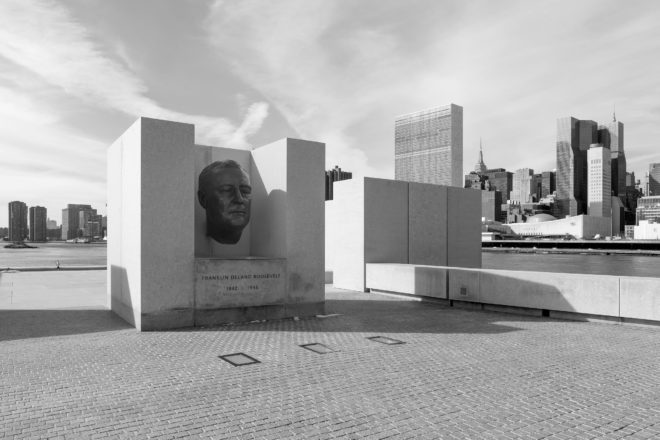 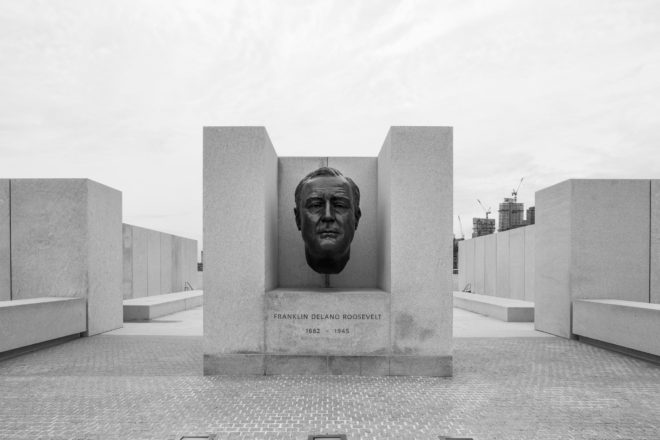 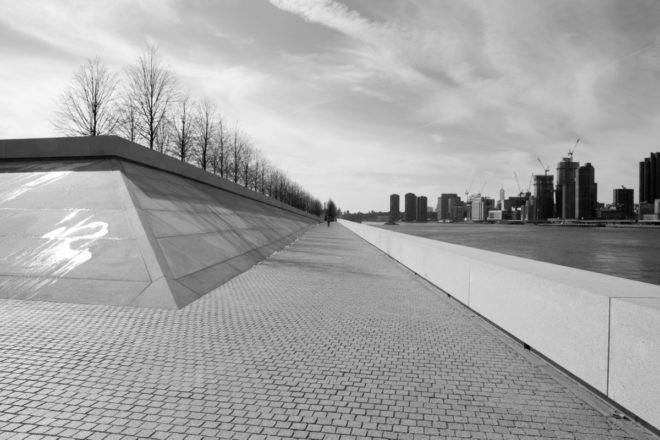 ‘I had this thought that a memorial should be a Room and a Garden. That’s all I had. Why did I want a Room and a Garden? I just chose it to be the point of departure. The Garden is somehow a personal nature, a personal kind of control of nature, a gathering of nature. And the Room was the beginning of architecture. I had this sense, you see, and the Room wasn’t just architecture, but was an extension of self.’ – Louis Kahn in a lecture at the Pratt Institute in 1973.

The Four Freedoms Park is Kahn’s only project in New York City. It was the architect’s last major work before his death in 1974. It was officially opened to the public on October 24, 2012. After FDR’s death, his wife, Eleanor Roosevelt, worked hard to ensure that the Four Freedoms would be incorporated into the Universal Declaration of Human Rights of 1948. A little-known monument to Eleanor Roosevelt is located in the United Nations Sculpture Garden.